Skepticism as a tool of Critical Thinking

The value of skepticism; These TED Talks push us to question more — our doctors, our governments and even our own eyes.

Excerpts: *One way to make numbers more accurate is to have as many people as possible be able to question them.
* Three questions that will help you be able to spot some bad statistics.
Question 1: Can you see uncertainty? There are a lot of reasons why polling has become so inaccurate. Our societies have become really diverse, which makes it difficult for pollsters to get a really nice representative sample of the population for their polls. People are really reluctant to answer their phones to pollsters, and also, shockingly enough, people might lie.... a lot of data visualizations will overstate certainty, and it works -- these charts can numb our brains to criticism. When you hear a statistic, you might feel skeptical. As soon as it's buried in a chart, it feels like some kind of objective science, and it's not. 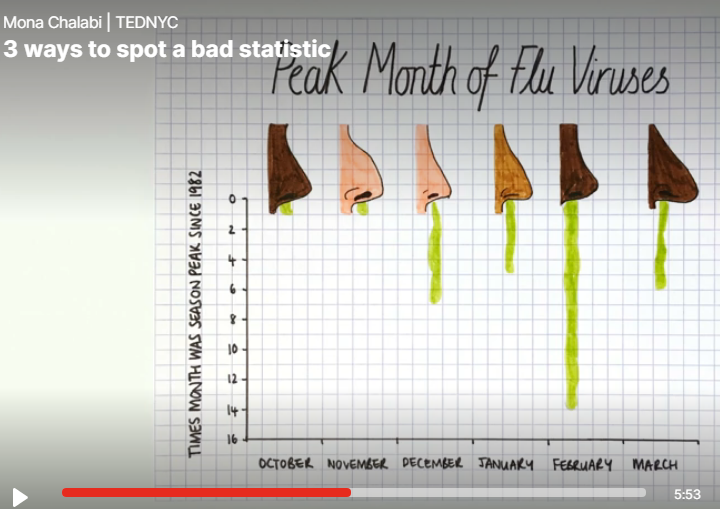 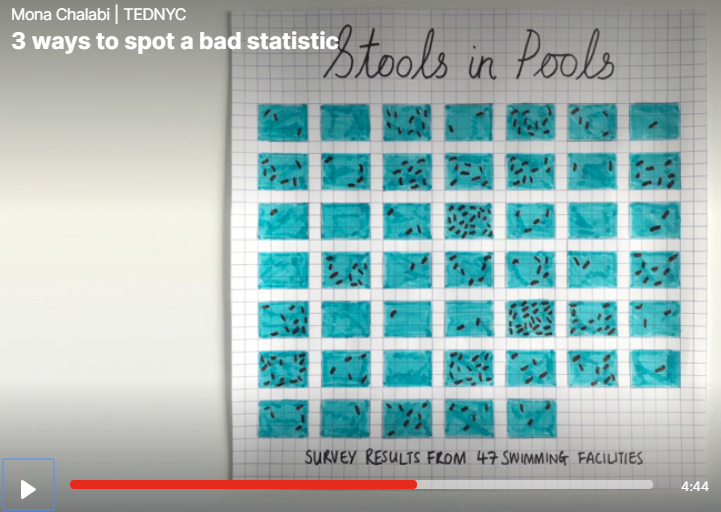 Question 2: Can I see myself in the data?

* The point of asking where you fit in is to get as much context as possible.

Question 3: How was the data collected?

Does everyone agree on the vocabulary and definitions?
Is the size of the n=population enough for results to be significant?
Are the people who answer random or self-selected. Random selection is more accurate.

"Private companies don't have a huge interest in getting the numbers right, they just need the right numbers. Government statisticians aren't like that. In theory, at least, they're totally impartial, not least because most of them do their jobs regardless of who's in power. They're civil servants. And to do their jobs properly, they don't just speak to a couple hundred people. Those unemployment numbers I keep on referencing come from the Bureau of Labor Statistics, and to make their estimates, they speak to over 140,000 businesses in this country."